Yangshuo is a city that will most definitely take your breath away.  When one thinks of China, they usually think of overcrowded smog filled cities.  Well at least that is what I used to think.  Unfortunately, I feel that China has had some bad press and their tourism campaign needs a major makeover.  When I decided to stay in China for a week long holiday a few months ago, I chose Yangshuo for my destination.   Yangshuo lies along the Li River and is easily reached by plane or the stunning Li River Cruise from Guilin.  Since I was already in Guilin, I chose to take the cruise. Once you depart from Guilin on the cruise, you start to see the landscape change into whimsicle scenes that you have only read about in books or have seen on the Hollywood screens.  The mist starts to clear and you are left wondering how the views your are witnessing could be natural or real. 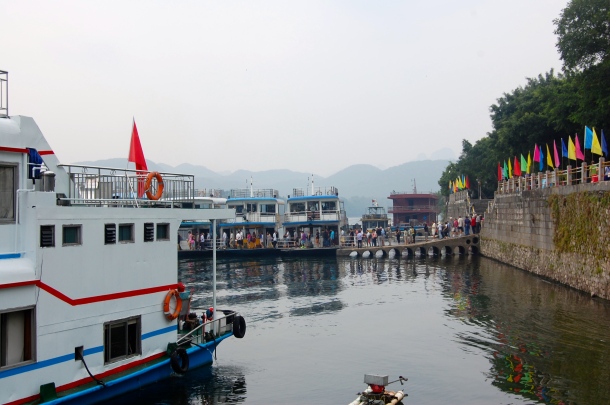 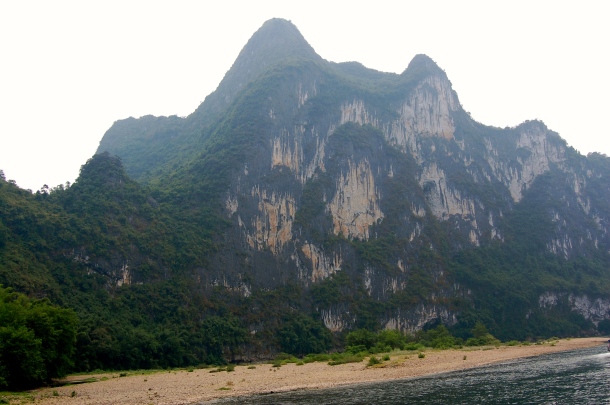 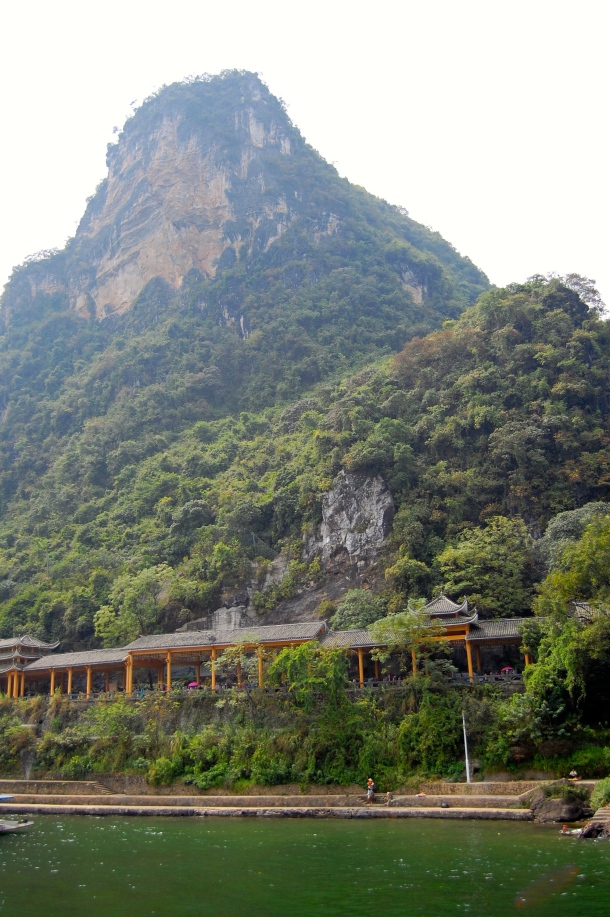 On the cruise you will enjoy a Chinese lunch, plenty of opportunities to take pictures of the passing tour boats, water buffalo, local people fishing and doing their laundry, and the magnificent views best enjoyed from the top of the cruise boat.

Soon enough you arrive at the riverside city of Yangshuo.  You will be greeted by people trying to sell you tours, souvenirs, and food.  Walk by them all and head up the stairs to the winding alleys of West Street into the bustling city. Warning: Do not take a picture of the man below.  He will yell at you and point to a sign that says you have to pay to take a picture of him. Oopps. 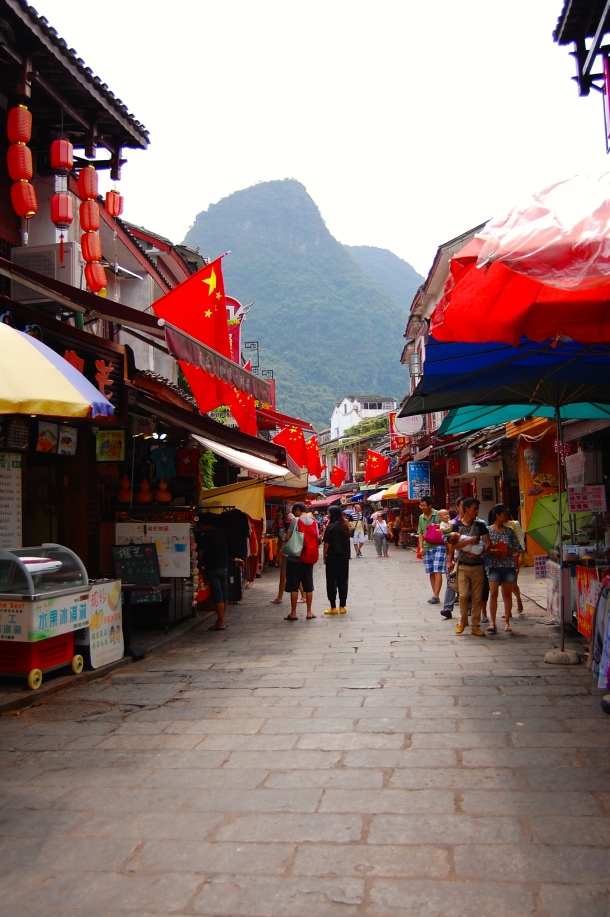 I visited during a national Chinese holiday so the city was full of flags and the color red was out in abundance.  You could feel the Chinese pride for the country and see the joy on everyones faces for the upcoming holiday. Yangshuo’s landscape is unpredictable and full of variety.  The river carves between towering land forms and lush meadows.  Beneath this unique landscape is miles and miles of underground caves.  I decided to take a tour through the Silver Caves.  These caves have artificial light to enhance the beauty of the caves features and to add an entertaining aspect to them.  The effect is stunning. 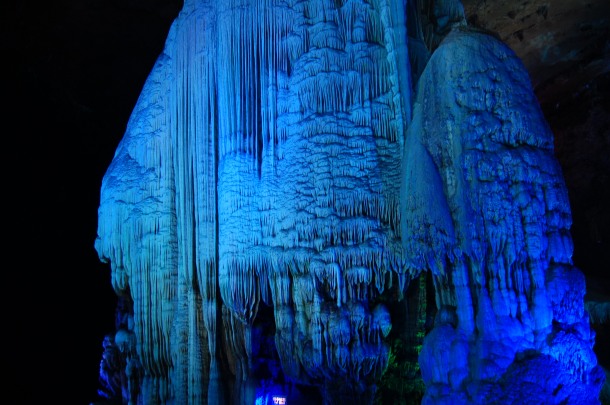 If you make it to Yangshuo, I recommended heading away from the city center and explore some of the rural villages.  I stumbled upon the Fuli Ancient Town that has done a remarkable job at hiding from tourists.  The woman pictured below is a fan maker.  Her family has been practicing this art form for hundreds of years.  Her grandfather still paints the designs on the fans by hand and she has started to take over the hard work of prepping the fans for painting.  She welcomed me into her shop and did her best to explain the steps that it took to make a traditional fan. 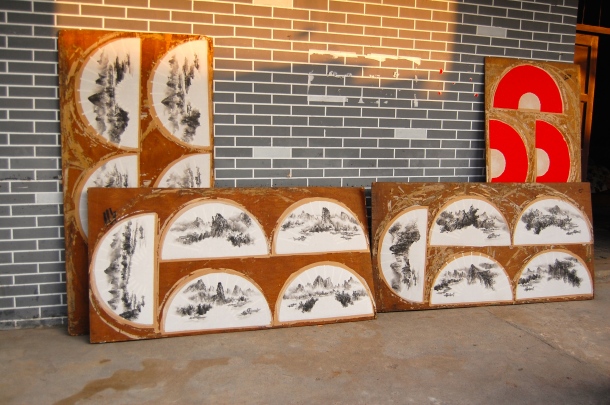 The sunsets on the ancient buildings and the surrounding rivers are stunning.  The light seems to reflect off their surfaces with grace and warmth. 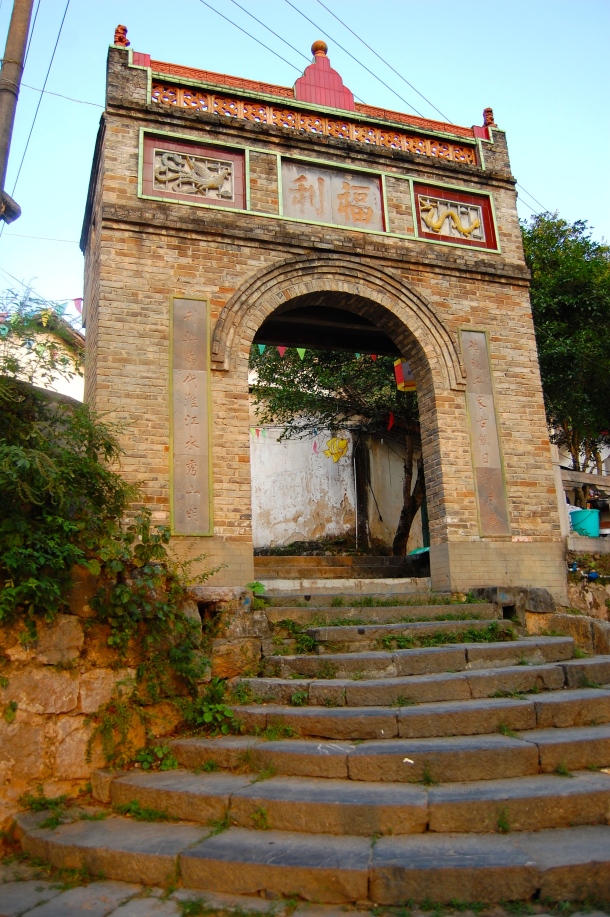 If you stroll through the parks in the city you are bound to see the young and old practicing their Taiji.   I approached a Master and he took the time to teach me ten steps of the peaceful sequence.  He moved with strength and grace all at the same time. 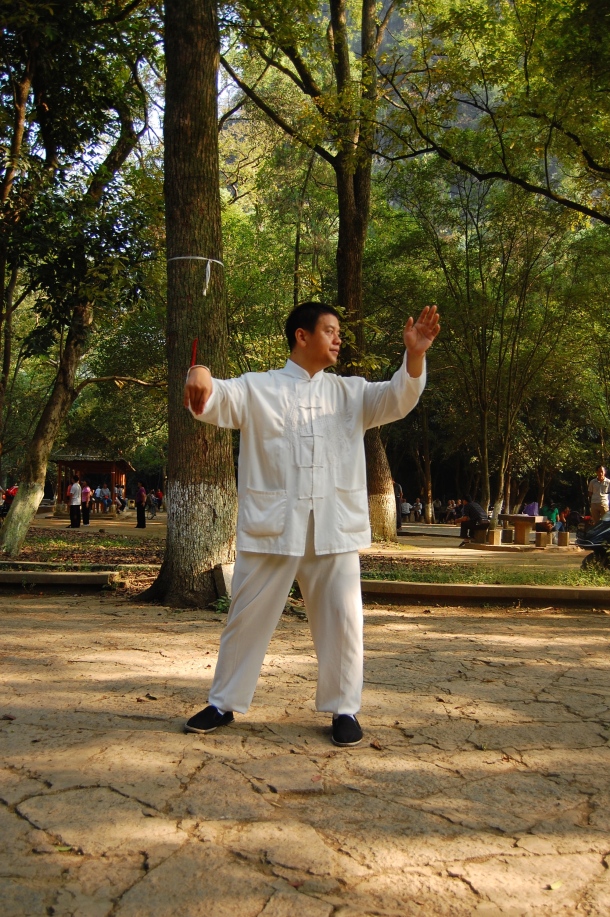 Before I headed back home, I took a bamboo rafting ride along the Yu long River.  Saying it was peaceful and beautiful would be an understatement.  The water was smooth and glossy, the hills inspiring…I could go on and on.  The picture below is worth at least a thousand words.

If you are lucky you might even spot a water buffalo or two!

There was an error retrieving images from Instagram. An attempt will be remade in a few minutes.